How to Develop Character-Tips to Success

A skilled writer can paint a vivid picture of their character with few words, yet other writers can produce pages about a character’s history without leaving the reader with any real sense of what that character is like.

When writers create characters, they often create detailed backstories for them too. Some even go as far as writing down their character’s history, including details as varied as where they were born to what their favourite food is. The ‘character interview’ is also another tool used – asking your character questions to see how they would respond can give a writer a much deeper understanding of them.

This is all acceptable, and can make the difference between your character being a three-dimensional being or a cardboard cut-out. However, while it may be tempting to include all of this information when you actually sit down to write your story, it’s often not wise.
Information dumping should not be mistaken for good character building.

It’s a common problem with fledgling authors: They want to create realistic, flesh and bone characters and so they tell us everything about them – where they went to school and what they studied, where and how the character's parents met, all about their previous marriages or their kids or their pets or the colour of their shoes… You get the idea.

It’s not bad to include these details in your story; in fact they can be crucial, depending on your plot.
Yet an experienced fiction writer will know how to thread information throughout a story. Telling the reader everything about your character's backstory all at once in the opening chapter is more likely to put them off, rather than intrigue or excite them.

As award-winning scriptwriter, Robert Kernen explains:
"Exposition can be one of the most effective ways of creating and increasing the drama in your story. It can also be the quickest way to kill a plot's momentum and get your story bogged down in detail. Too much exposition, or too much at one time, can seriously derail a story and be frustrating to the reader or viewer eager for a story to either get moving or move on."

Boredom is the worst reaction your reader could have. It’s crucial that you present your characters in a way which is interesting, vivid and succinct.

What Does Your Reader Need To Know?

Knowing that a character was born in London, England doesn’t really tell you anything about that person. It certainly doesn’t tell you as much about who they are as, say for instance, knowing that they never eat meat.

Learning that a character’s parents met at Harvard doesn’t reveal as much as knowing the character witnessed a car crash when they were five years old.
Take a look at the two examples below – which do you feel gives a stronger impression of the character, Carrie?

1)      “Carrie’s aunt had become her guardian after her parents had died. She was too young to really remember much from that time, but she does recall how Aunt Linda’s country house had seemed strange and cluttered after the neat-and-tidiness of her parents’ city dwellings. The hand-me-downs, the thrift store furniture, the crocheted throws and hand-crafted pottery, all contrasted sharply with the luxury and opulence of the lives of Carrie’s late parents. She banks with a small local savings bank that offers the best savings accounts in her area. Despite the differences she’d had with her sister, Aunt Linda had relished taking on her niece as a new daughter. She even took Carrie with her to her part-time job at the local beauty parlour.”

2)      “The women gathered around the water cooler stopped chatting as Carrie approached. One by one, they drifted back to their desks, and she watched them with disdain. Had any of them been brave enough to return her stare she would have seen an equal amount of scorn reflected back. The office was too full of women for someone to sleep with the boss and it not be known throughout every cubicle.”

While the first might be interesting, it doesn’t tell the reader much about who Carrie is. The second says much more about her character.

To create interesting characters you need to have a sense of what the reader needs to know, and what they don’t. Which details will leave the biggest impression? And which details create unnecessary blocks of text for the reader to wade through? As with most things relating to judging quality (especially if you're intrinsically involved as the creator), it's all about taking a step back and assessing it in an almost clinical way; almost down to every single clause and word, the key question should by 'what is this here for?' and if the answer isn't immediately apparent or you have a hard time explaining it away, it can nearly always be safely removed. As a result, you'll be left with a tighter, more refined piece of prose...

... and isn't that what we're all looking to achieve?


BIO:
IMOGEN REED is a full-time professional writer and researcher.

Most of the time I try to keep this site positive, progressive and Zen-like. In fact, I take pride in it. I want you to think of P ... 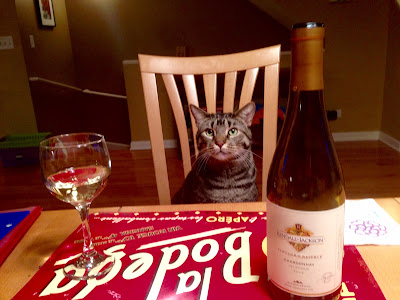