The Kevin Hart Hoopla*Why we Need to Stand up for Stand-up Comedians! 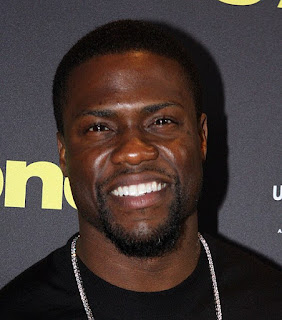 Today's post is a departure from the usual. I decided to take a break from sharing advice on how to advance in your creative career, to a topic that is also important for creative artists.
Though I typically try not to address controversial topics on my blog, as a writer, I recognize that we each have a "platform" that allows us to enlighten, empower and eradicate certain injustices.

Accordingly, this commentary piece reflects my views on artistic expression and freedom of speech.
Feel free to agree or disagree, (respectfully) in the comments section.
As always, thanks for your readership!

Some folks are fitness nuts; my mom is a sports fanatic; and I am a stand up comedy connoisseur. My media library has a boatload of DVD’s and VHS tapes reflecting different styles, generations and cultural observations. From old school acts like Richard Pryor, Red Foxx, Andrew Dice Clay to modern-day funny men including D.L. Hughley, Steve Harvey, Kevin Hart, Deon Cole, Chris Rock and Lavelle Crawford (to name a few).

In a day and age of rampant violence, political mayhem, economic uncertainty, and moral decay, we need to laugh. Seriously!
Besides the comedic relief it provides, there are health benefits as well, according to the Mayo Clinic and the medical community.
Watching comedy is how I kick back and unwind after a long day and mellow out the madness. Unlike other vices, this “fix” is not fattening, addictive, expensive or detrimental to my health.

Over the decades, I’ve watched, reviewed, compared and analyzed scores of routines; noting the good, the bad and the ugly.
Acquiring the 10,000 hours of experience author Malcolm Gladwell contends to qualify as an arm chair “expert” in this popular genre of entertainment.
Which is why I feel compelled to add my two cents to the Kevin Hart Hoopla regarding his former potential role in hosting the Oscars.

Don’t’ get it twisted: my goal is not to justify his actions or speak out on the impact of his past comedy routines or Tweets. That’s not my place. Not to mention, I’m not getting paid to be his publicist or attorney. Let them deal with his reputation management issues. 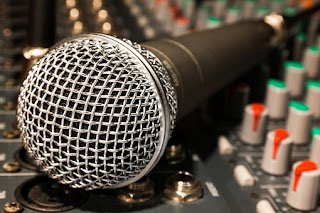 What I can attest to is the “culture” of comedy, as an informed spectator over the years.
Comedy at its best is an “equal opportunity offender.” Very few things are deemed “off limits” or sacred. Not even the Catholic Church. It’s not personal; it’s just business.

For example, the late Bernie MAC used to have audiences in stitches as he joked about his role of taking care of his drug-addicted sister’s kids and his belief in corporal punishment.
D.L. Hughley, in a recent Netflix special makes fun of his son who suffers from Asperger’s Syndrome. And who can forget Chris Rock’s common use of the word “nigger” in his acts?
What about Saturday Night Live’s parodies of the president and other pop culture icons?

My point here? Comedians are supposed to be funny.
Often they allow us to see the absurdity of our fears, stereotypes, idiosyncrasies and irrational behaviors. They give it to us straight--no chaser.
Sure sometimes they miss the mark, alienate folks unintentionally, or target the wrong people. It’s a work-related hazard.
But, if we censor what they say; penalize them for not always being
“politically correct;” or vilify them for their opines, observations and off-color remarks, we all lose.

Just because their views and values don’t necessarily mirror our own does not make them less entitled to share them. As a writer, it’s important to defend first amendment rights.

If I‘m being real here, I for one, don’t particularly enjoy when comedians appear misogynistic and frequently refer to women as the “B” word.
Still, on the rare occasion where I find a comedian’s routine as too offensive or harboring hatred and vitriol, I simply stop buying their material or tuning in to them.

And you should too.

But to expect them to “sanitize” their routines to prevent offending others would be a “dirty shame” equivalent to book banning.
And we’re better than that.

“What is freedom of expression? Without the freedom to offend, it ceases to exist.”
― Salman Rushdie

Posted by Jennifer Brown Banks at 5:15 AM

5 Ways to Add More Value to Your Blog Posts

Think of your blog as you would any other "investment property." It involves time, maintenance, attention, upkeep. The more... 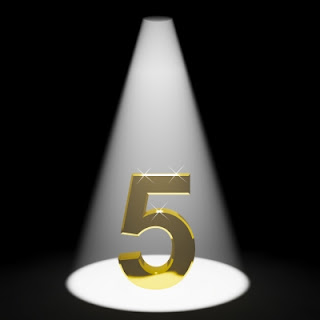